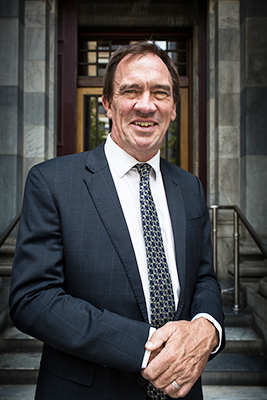 Born and raised on a farm near Cummins, Peter Treloar MP is a fierce and devoted advocate for the Eyre Peninsula. Peter went straight into agriculture after finishing school (at Cummins Area School and Prince Alfred College) where he enjoyed a long and rewarding career. From this he has a particular understanding of small business and the pressures the sector experiences.

Peter believes that the natural environment underpins our communities. On Eyre Peninsula the issue of water security is forefront, and one of his first achievements as an MP was to instigate, through Parliament’s Natural Resources Committee, an Enquiry into the Eyre Peninsula Water Supply.

His leadership on a variety of industry boards, including Primary Producers SA, Grains Council, Nuffield Australia and EPNRM, has provided him with strong skills in mediating between government and industry groups. Peter was awarded a Nuffield Scholarship in 2002, enabling him to travel extensively and research value-adding opportunities for Australian grain, and grain industry structures.

Peter has held a variety of roles during his time as the Member for Flinders, including being the Shadow Minister for Emergency Services, Veterans Affairs and Volunteers, Leader of the Opposition’s Parliamentary Secretary, Shadow Cabinet Secretary and Opposition Whip. He is currently the Deputy Speaker and Chair of Committees with the current State Government, a role he is relishing.

While he is member of various government and volunteer organisations, he is the patron of the Cummins Show, W&CH Auxiliary Port Lincoln branch, Mentoring EP and the Mortlock Shield, to name a few.

Peter and wife Annette reside on the family farm at Edillilie. 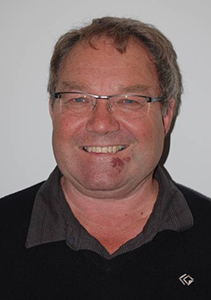 He has had experience in State Government (Education and SA Water from February 1974 to September 1991) along with interests in his family’s company whilst being employed in other industries. Tony retired from the workforce in January 2020 and has continued his volunteering and board memberships.

He has been involved in many local and regional volunteer organisations mainly in the community sports area from the 1980’s until the present day. He is a Life Member of the Ceduna Sporting Club.

He is currently holds the following positions:

He is one of the founding directors of the Eyre Peninsula Community Foundation (Steering Committee & Director from March 2004 to October 2012)and was extensively involved in the establishment of the foundation.

His focus in retirement is to assist his community and region better prepare for the future. He also plans to enjoy the company of friends and family on a more regular basis.