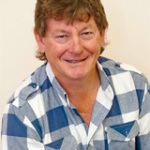 Having lived on Eyre Peninsula for over 25 years I have a deep affinity, affection and commitment in ensuring our region remains resilient and robust and a wonderful place to live, work and enjoy the Eyre Peninsula. Long term experience in banking, small business ownership, community sector management and currently working within the Justice system provides me with a diversity of skills that complements other board members. I have been involved with a number of community organisations on Eyre Peninsula including the Port Lincoln Football League Umpires Association, Port Lincoln Primary School Governing Council, Mortlock Shield and in previous times the Community Builders program in Streaky Bay and Regional Coordinator for Mentoring EP and Wheels in Motion.

After an initial seven years in Civil Engineering, Peter joined the embryonic IT industry in 1976 as a programmer. His extensive software experience includes 18 years in the hospitality industry, two years with Macquarie Bank and 14 years in the advertising industry. Raised in Swan Hill, he has lived most of his life on the East Coast and for six years in the USA. He and his wife Margaret fulfilled a long-held ambition to move to Port Lincoln at the beginning of 2010. Peter is President of the Eyre Peninsula Railway Preservation Society, and has published a history of the railways on Eyre Peninsula. He takes a keen interest in issues affecting Eyre Peninsula, especially transport and water. He retired (from paid employment) in 2014.

Ken was born in Adelaide and raised in Clare; Ken was employed in the health industry for nearly 40 years in various roles culminating in undertaking the role of Chief Executive Officer, for the Ceduna and Districts Health Service.

Margaret (Maggie) was born and raised in Melbourne, spending most of her adult life in Sydney. She worked in administrative roles for accountants, stockbrokers and financial planners over a period of more than 45 years in Melbourne, Sydney and Port Lincoln, retiring in early 2016.  Over the years, Maggie has been an office-bearer with the support groups of the Girl Guides and various school auxiliaries and was the volunteer co-ordinator for a home therapy program for a brain-injured child in Sydney. Since moving to Port Lincoln in early 2010 she has been the Treasurer of the Eyre Peninsula Railway Preservation Society.

Barbara has retired from the challenging world of Agricultural Merchandise Retailing and now enjoys the quiet life of farming with husband David on their 1500-acre farm at Kimba where she spends a lot of time with her six grandchildren and horses.  She volunteers for local organisations and supports many clubs, cooking for cake stalls and selling raffle tickets etc and has recently been awarded Life Membership of the Kimba Racing Club.

Barbara and David have now appointed a Manager for their business at Kimba and are still shareholders and sit on the Board of Directors for two other retail outlets spread across EP.

Barbara attended schools at Ungarra, Lock and Port Lincoln and then nursed at Cleve and Whyalla, graduating as a Registered Nurse in 1974.  After working as a Theatre Sister for two years she and David moved to Kimba and set up their business in 1976, firstly as a Spare Parts, Tyre and Battery Outlet, then progressing onto Agchem and Fertiliser in 1986.

They became shareholders of a corporate buying group and travelled extensively throughout Australia and sometimes overseas attending field days, conferences and seminars, where they were often recognised for their commitment and achievements with many state awards.

Barbara is passionate about the wellbeing of the Kimba Community where the population is declining and farming is becoming more challenging.  Businesses are struggling and service groups are battling with fewer volunteers and there is a lack of employment for the local school leavers.

Born in Leigh Creek, Leonie was raised in Mount Gambier until leaving to attend Teachers College in Adelaide. Leonie graduated and began her teaching career at Point Pearce Aboriginal School on Yorke Peninsula before being transferred to Port Lincoln in 1977. Marrying and raising a family in Port Lincoln, Leonie has continued to enjoy teaching and completed a Masters of Education/ Studies of Asia through Flinders University. She is currently teaching an Indonesian Languages/ Studies of Asia role at Port Lincoln Junior Primary School and keen to broaden the horizons of young students. Through caring for family members as they travel through the aging process Leonie has firsthand experience and knowledge of care packages, Palliative Care, the Eyre Peninsula Home Hospice Service and other services available on the Eyre Peninsula, and an interest in Grants and Programmes that the Eyre Peninsula Community Foundation offers and supports. 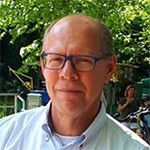 Rob retired from a 38 career in local government in late 2017 and after fulfilling some major travel plans is again based in Port Lincoln, focussing on roles where his skills, knowledge and experience can add value to communities and organisations.

Rob brings management skills with extensive leadership and governance experience, providing strategic and critical thinking to maximise ‘joined-up’ approaches and solutions across a diversity of operations and initiatives.

As a qualified town planner, Rob’s local government career spanned urban and policy planning, strategic planning, senior leadership and CEO roles, with both urban metropolitan and regional councils. He is well-regarded as a positive and professional contributor who can engage, pinpoint key issues, find consensus and lead constructively for results.

Rob continues to contribute his skills and experience to support and add value to the good work of community and not-for-profits, and to optimise specific project results.

Greg grew up on Eyre Peninsula before heading to Adelaide to complete a degree in Education majoring in Geology and Mathematics. After a long career in teaching mainly working in regional SA he retired as the Principal of Port Lincoln High in 2019. During that time he worked as a regional consultant assisting schools with curriculum development and assisting Eyre Peninsula schools moving towards an online learning environment.

As a member of the SA Secondary Principals Board he represented the view and concerns for regional education and supported several education department initiatives around using relevant information technology and software in schools.

Greg is committed to support young people’s educational and employment opportunities on Eyre Peninsula and contributes his skills and experience in strategic planning and program managements to the foundations activities.

Stephen grew up in various country towns in SA and then lived in Adelaide and went to Henley High School. After a few years of studying Applied Science at Adelaide University he settled on a career working as a Flight Service Officer in Western Australia for the then Department of Civil Aviation (now called Air Services Australia). This was a very busy time for aviation as the iron ore mining boom was just starting. He worked in many “outstations” throughout regional WA including Meekatharra, Karratha, Port Hedland and Carnarvon. His work not only involved the operational area but also training, rating and licensing. He became a manager of the Western Australian Region and then accepted redundancy in 2000 after a 30 year career.

Stephen then worked in the aged care industry for two years before leaving Perth and coming to live in Port Lincoln. Over the next eight years he was the manager of the Port Lincoln RSPCA, manager for Work for the Dole and Drought Forced programs on Eyre Peninsula and then Sheriffs Officer at the Port Lincoln Court.

He has been actively involved in activities included surfing, tennis, and pistol shooting and is currently pursuing cruising, fishing and photography. Stephen has been involved with many committees including being Chairman of Port Lincoln Community House and President of the Port Lincoln Camera Club.

His interests also include ensuring that everyone has access to appropriate information and education opportunities so as to enable them to contribute in a meaningful way towards the overall prosperity of Eyre Peninsula. This includes not only those currently in the work force but also those who have retired.